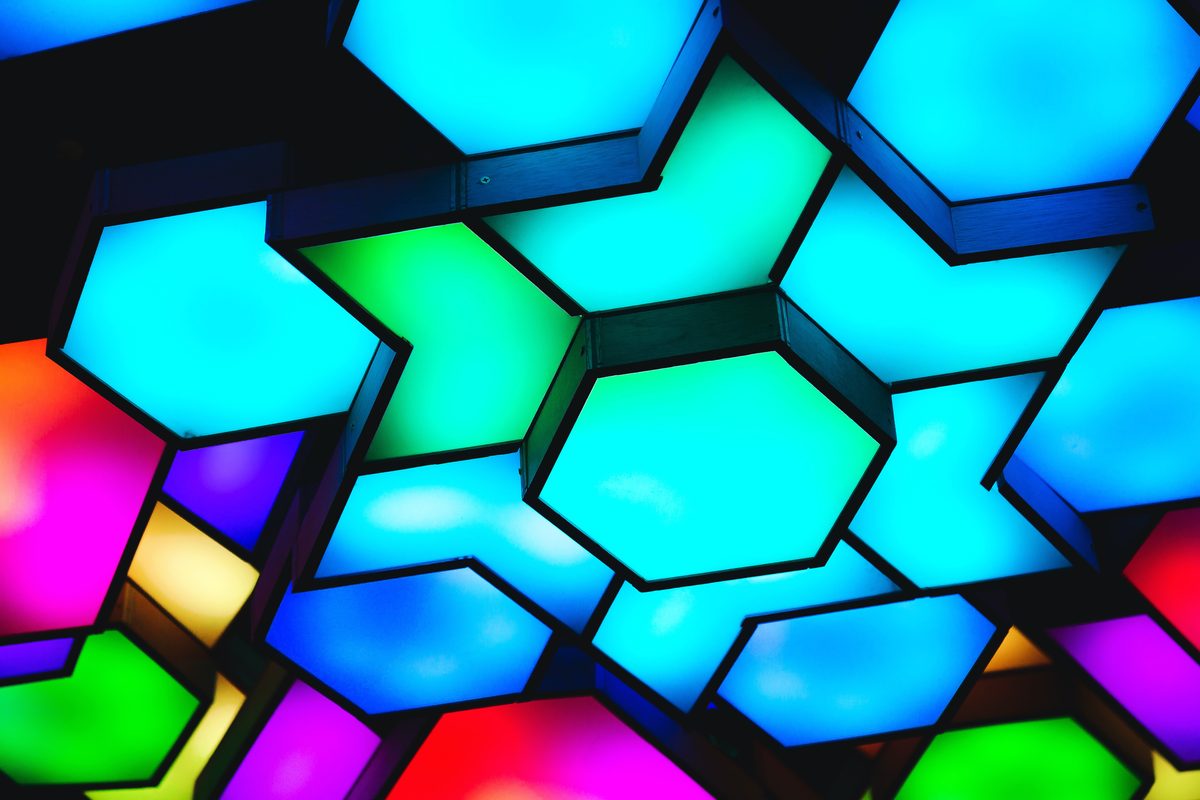 Blockchains have intrigued investors because they are a cutting-edge technology with the potential to reduce transaction costs significantly. Blockchains enable direct transactions among an indeterminate number of mutually untrusting users in a secure manner. As blockchain hype fades, other technology implementation issues are becoming clear. Let’s look at these difficulties in further detail to understand better them and how you may overcome them. If you are not familiar with blockchain use cases, our list of best blockchain books is a great place to learn.

While this cutting-edge technology may assist level the playing field for firms of all sizes, it also has drawbacks and risks for consumers and companies who want to utilize it. Despite its ability to reduce hype, blockchain will not be prevented from infiltrating our daily lives.

Since its inception, blockchain has significantly impacted many sectors, including blockchain gaming, in our everyday lives. To ensure that everyone understands the various sorts of blockchains, you could go through them once more. We’ve already explained all 4 types of blockchains to help you better comprehend them.

Blockchain is a new technology with its own set of challenges. If you’re wondering why blockchain adoption is lagging, this post will go over all of the major issues.

Blockchain challenges and solutions in 2022

Companies must consider a well-designed approach and evaluate accessible resources similarly to any other technology.

It’s crucial to understand what obstacles may arise from introducing it and the technology itself before deciding whether or not to use it.

Blockchains function more effectively and efficiently when used across a wide network of users. A blockchain ecosystem, for example, would not only need users to join the network but also its suppliers. APQC, on the other hand, has discovered that just 29% of organizations are experimenting with or fully utilizing blockchain. Without broad adoption, blockchains will remain ineffective and scalable.

However, there are some indications that blockchain adoption will continue to spread. Businesses are gradually coming together and forming collaborative blockchain working groups to tackle similar problems and provide solutions that may benefit everyone without giving away proprietary information.

For example, the Blockchain for Clinical Supply Chain Industry Working Group was formed in 2016 by several large pharmaceutical companies and Deloitte to use blockchain technology. The group developed KitChain with blockchain developer LedgerDomain and worked with them on an app called KitChain. The program also offers other advantages, including keeping track of packaged pharmaceuticals throughout transit. This helps ensure the supply chain’s security and minimize reliance on paper logs and secure medical trial data.

The rising cost of blockchain implementation

It’s all about early financial outlays. For some companies, implementation expenditures may be prohibitive. Even if most current solutions are free, a significant investment is required when hiring skilled software engineers who specialize in blockchain development, licensing fees in case of switching to a chargeable software version, overall administration, and more. It is one of the most important blockchain implementation challenges.

If businesses aren’t prepared to devote a significant amount of money, perhaps it’s better to put off the blockchain introduction.

Lightning Network and Plasma for Ethereum are scaling technologies that allow fast, low-fee transactions. For widespread adoption to take place, blockchain must improve its speed.

What are some of the most pressing questions you should consider? What about the numerous security and privacy concerns? While cryptocurrencies provide pseudonymity, many potential blockchain applications need smart transactions and contracts to be indisputably linked to real identities, raising significant privacy and data security issues.

Many businesses today operate under the constraints of legislation. Their customers put their trust in them with important information. However, if all of this data is kept on a public ledger, it will not be truly private. Private or consortia blockchain technology may be utilized here. You would only have enough access, and your confidential information would remain secure.

Another vital element is security. Only a few scenarios have effective protocols that can handle this, though. Hackers may still break into apps, systems, and businesses based on blockchains even though they are more secure than conventional computer systems.

The answer is not simply to have the government safeguard our privacy. Self-sovereign identities on blockchain will allow us to collect and manage our data. While there’s a lot of effort to create new privacy protocols, such as proof of zero-knowledge, we’re still a long way from a new identity structure. You can go to the blockchain and AI secure data processing article to understand how blockchain and AI can be leveraged for secure data storage. It is one of the most important blockchain implementation challenges.

The lack of regulation will be the next area where you may face difficulties. Scams and market manipulation that might trigger a global economic collapse are not out of the question. As a result, Bitcoin has been getting lots of negative attention from all around the world.

Some countries have outright banned bitcoin, while others attempt to regulate blockchain networks with little success.

The absence of stringent legislation and the fact that blockchain is still a developing technology have fueled the rise of fraudulent projects and other bad actors seeking to profit from inexperienced investors. There have also been several high-profile cryptocurrency exchange thefts, including Mt. Gox’s infamous bitcoin theft in 2014, nearly destroying the entire cryptocurrency industry.

Another worry is that Proof of Work, the most widely used consensus algorithm, is energy-intensive. This restricts entry for regular people into PoW networks, encourages the formation of big mining pools, and prevents decentralization by pushing individuals to join large mining pools, and it also raises environmental concerns.

The architecture of blockchain technologies is distinct. Some are more secure than others. The decentralized blockchains, for example, are more vulnerable to 51% attacks than the centralized ones. This has introduced a few issues for crypto investors who want to store their assets on decentralized chains.

51% attacks, in which hackers acquire more than half of the network’s computational power, are an issue that has plagued many blockchain systems. They exploit an inherent loophole in decentralized systems, allowing users to control a chain by controlling over 51% of the processing power. This typically happens on networks that use the proof-of-work (PoW) framework.

Over the last year, the nonfungible token (NFT) and DeFi industries have seen a tremendous rise in nonfungible tokens and projects, leading to labor market issues. According to recent data, demand for blockchain talent has increased by over 300% among both established businesses and startups as they look for top-tier personnel.

The scarcity of experienced developers in the blockchain industry has worsened due to high competition between firms offering highly competitive compensation packages to attract and retain their employees. As a result, some businesses in the crypto sector are paying more than $1 million per year to workers in specific job categories. Businesses are calling coders to fill the blockchain talent gap. One of the blockchain implementation challenges is getting the closest to being solved day by day.

One of the most important issues that must be addressed is interoperability, as this is one of the primary reasons businesses are yet hesitant to embrace blockchain technology. Most blockchains are maintained in isolation and do not communicate with other peer networks since they cannot transmit and receive data from a different blockchain-based system.

What standardization does blockchain adhere to, as yet? Despite the many networks available, there is no worldwide standard. There are difficulties with interoperability, increased costs, and complex procedures because there is no universal standard. Because blockchain technology has no particular version, it acts as a deterrent to new developers and investors from entering the market.

There’s also the problem of integrating blockchain with a legacy system. Most organizations must completely rebuild their old system or develop a strategy to link the two technologies successfully if they decide to utilize blockchain.

Another issue is that organizations lacking blockchain developers do not have access to the required talent pool to participate in this process. This problem can be exacerbated by reliance on an external source. However, most solutions on the market need the company to invest a significant amount of time and resources for it to complete the shift.

Private keys, which individuals hold in a centralized setting, may become vulnerable in the decentralized world.

They grant access to all of the data in a wallet once generated. It jeopardizes both confidential information and money if stolen. Wallet access is lost for good if lost or destroyed. It is one of the most dangerous blockchain implementation challenges.

Given the number and complexity of these blockchain issues, it would be unrealistic to think they are not major roadblocks to its adoption. In general, though, many of blockchain’s greatest obstacles reflect growing pains typical with any new technology. Blockchain advocates will need to persuade their organizations to take similar risks, establish comparable relationships, and make similar trade-offs in other business areas to make a business case for adoption.

The difficulties listed above emphasize the need for technological improvements, as evidenced by the list of Blockchain adoption challenges. And in fact, the industry is busily addressing them. Things will undoubtedly become more pleasant if we can fix these and narrow down the numerous bottlenecks currently preventing widespread adoption.