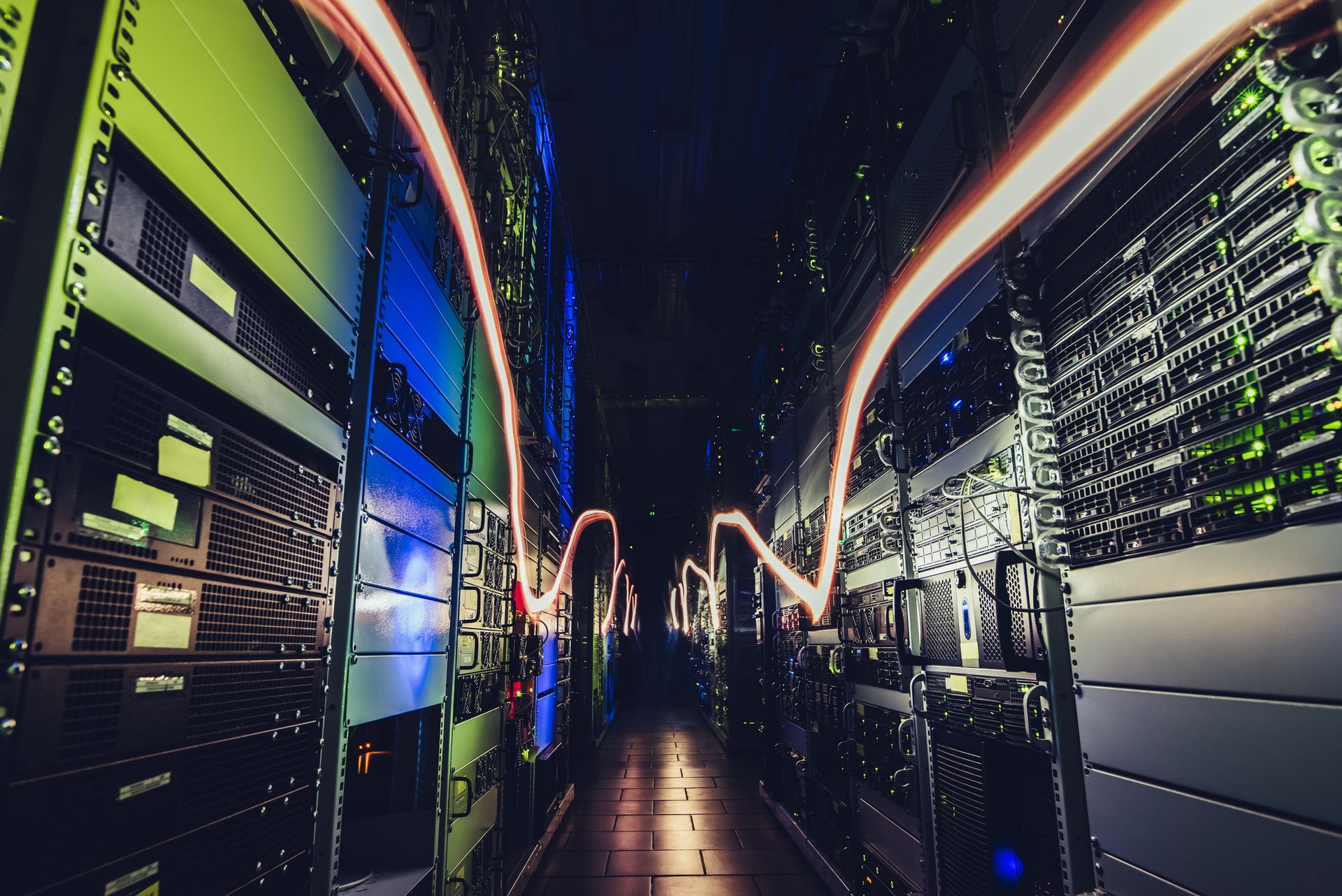 When one talks about immense computing powers, the question ‘what is a supercomputer’ pops up in some people’s heads. So let’s explain: A supercomputer is a computer with a high level of performance compared to a general-purpose computer. Floating-point operations per second (FLOPS) are used to measure the performance of supercomputers, instead of million instructions per second (MIPS). Supercomputing technology is made possible by supercomputers, the most powerful computers in the world, and they are made of interconnects, I/O systems, memory, and processor cores.

What is a supercomputer, and what makes it super?

Supercomputers, unlike traditional computers, have more than one central processing unit (CPU). Compute nodes are made up of a processor or a group of processors—symmetric multiprocessing (SMP)—as well as a memory block. These nodes can work together to solve a certain issue since they have interconnected communication abilities. Nodes also use interconnects to communicate with I/O systems, such as data storage and networking.

Supercomputers are frequently used to run artificial intelligence programs; thus, supercomputing has come to be associated with AI. This is because AI applications necessitate high-performance computing, which supercomputers provide. In other words, because supercomputers can manage the sorts of workloads typically seen in AI apps, they are ideal for powering AI systems.

“A petaflop is a supercomputer’s computational processing speed equal to one thousand trillion flops. A 1-petaflop computer system may carry out one quadrillion (1015) flops. On the other hand, supercomputers can have ten times more computing power than the world’s most powerful laptop”

Where are supercomputers used?

Supercomputers are used in data-intensive and computations-heavy scientific and engineering applications such as quantum mechanics, weather prediction, oil and gas prospecting, molecular modeling, physical simulations, aerodynamics, nuclear fusion research, and cryptoanalysis. For enhancing performance, early operating systems were tailored specifically for each supercomputer. In recent years, supercomputer architecture has moved away from proprietary, in-house operating systems, with Linux taking their place. Although most supercomputers run Linux, each manufacturer focuses on its version for optimum hardware performance.

Many academic and scientific research organizations, engineering firms, and big businesses use cloud computing rather than supercomputers to obtain massive computational power. The cloud offers higher performance computing (HPC) at a lower cost, with more scalability and speed to upgrade than on-premises supercomputers. Cloud-based HPC systems can be expanded, modified, and reduced as business demands change. High-performance computing (HPC) allows businesses to utilize their existing hardware for HPC calculations and data-intensive processes.

The world’s fastest supercomputer is Fugaku, which has a speed of 442 petaflops as of June 2021. IBM supercomputers Summit and Sierra take second and third place, reaching 148.8 and 94.6 petaflops, respectively. Oak Ridge National Laboratory, a US Department of Energy facility in Tennessee, is home to Summit. Sierra is situated in California at Lawrence Livermore National Laboratory. China claims its Sunway Oceanlite is the most powerful supercomputer with an unofficial peak speed of 1.05 exaFLOPS.

Today’s speeds are measured in petaflops, with a thousand trillion (1015) flops per second. When the supercomputer Cray-1 was installed at Los Alamos National Laboratory in 1976, it reached speeds of approximately 160 megaflops. One megaflop is capable of performing a billion flops.

The term “supercomputer” is sometimes used interchangeably with other types of computing. However, the synonyms might be misleading at times. Here are some key distinctions and parallels to help you understand the similarities and variations between computer types. High-performance computing (HPC) uses many supercomputers to solve complicated and large problems. Both terms are sometimes confused with each other.

Quantum computing is a type of computing that uses the principles of quantum mechanics to solve problems. It seeks to crack difficult questions that even the world’s most powerful supercomputers can’t address and never will be able to.

Artificial intelligence is becoming an increasingly important part of modern technology. Some supercomputers are designed specifically for AI. For example, Microsoft created a custom supercomputer to train massive AI models that work with its Azure cloud platform. The objective is to provide developers, data scientists, and business users with supercomputing resources through Azure’s AI services. One such tool is Microsoft’s Turing Natural Language Generation, a natural language processing technique.

Nvidia’s Perlmutter is another example of a supercomputer created specifically for AI computations. It is ranked No. 5 in the most recent TOP500 list of the fastest supercomputers. It will be used to construct the world’s biggest 3D map of the visible universe, and it has 6,144 GPUs. It analyzes data from the Dark Energy Spectroscopic Instrument, a camera that takes hundreds of photographs every night and contains thousands of galaxies.